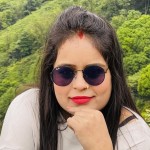 Yogi Mahila Rozgar Yojana 2021-22: UP Banking Correspondent sakhi yojana | Yogi Women Employment Scheme See complete information here and know after all what is BC Sakhi scheme, where to register, Uttar Pradesh government has launched a new scheme to provide employment to women. BC Sakhi Yojana 2021-22 has started. Chief Minister Yogi Adityanath has started this special employment scheme for all the women of Uttar Pradesh state on 22nd May 2020.

Now no person will need to go to the bank to withdraw money or in simple language, now people will not have to visit the bank because under BC Sakhi Yojana “Sakhi” will deliver money at home, job opportunities Check salary, scheme implementation and other details from here

The central government and the state government of the country are implementing many schemes with the aim of making women self-reliant. Taking this list further, the Government of Uttar Pradesh has launched BC (Banking Correspondent) Sakhi Yojana (Banking Correspondent) Sakhi Yojana.BC Sakhi Scheme) is started. In this, women from rural areas will get jobs/employment as bank agents. In return, they will be provided Rs 4000 every month.

Honorable Chief Minister of Uttar Pradesh, Shri Yogi Adityanath ji has started UP BC Sakhi Yojana for the women of the state, according to the government, about 58 thousand women of the state will get employment from this scheme, Chief Minister Yogi Adityanath 22 May 2020 Under the scheme of announcement of Banking Correspondent Sakhi Yojana, 58 thousand “Banking Correspondent Sakhi” will be deployed in the state, who will provide banking facilities in the state.

New UP Banking Correspondent Sakhi Yojana 2021 This will help rural women to work for earning and reduce the stress of the bank account holder. One of the main objectives of this scheme is also to prevent the spread of Coronavirus (COVID-19) as people will not have to stand in lines at the bank and can stay home during the lockdown. Women from rural areas will now do banking services and money transactions at people’s doorsteps through digital mode.

The information about the women who have applied for the scheme with the help of the app and through the offline process has been published in the app, if you have not installed the app yet, then check it now or you can go to the official website of Uttar Pradesh government. Apart from this, you can also visit upsrlm.org for information about the scheme.

Number of Jobs in UP BC Sakhi Yojana

Only women applicants will get jobs in this scheme and CM has announced that about 58 thousand women will get employment. Women belonging to rural areas will get priority for providing banking services to the people at their doorstep. Chief Minister Yogi Adityanath had shared the official information about this scheme by posting a news cutting about the scheme on his official Twitter handle, which is as follows

Salary and benefits to women from UP BC Sakhi Yojana

CM Yogi Adityanath has allocated a revolving fund of Rs 218.49 crore to around 35,938 Self Help Groups (SHGs) to implement the UP Banking Correspondent Sakhi Yojana. This amount has been released on 22 May 2020 under the National Rural Livelihoods Mission (NRLM). This fund will help women working in NGOs that are making masks, plates, spices and tailoring/crafting.

Functions of UP BC Sakhi Yojana

If any of you are thinking of applying for BC Sakhi Yojana, then tell all of you that at present, Chief Minister Shri Yogi Adityanath ji has announced this scheme only on 22 May 2020, any kind of guidelines related to the scheme by the government. not released yet

Note: To apply under this scheme, the government has launched a mobile app, all the interested beneficiaries who want to apply online can download this app from the play store.

The Department of Rural Development (DoUD), Government of Uttar Pradesh had launched this scheme for the appointment of a Business Correspondent Sakhi (BC) in each of the 58,000 Gram Panchayats (GP) of the state. Around 2.167 lakh applications so far under the BC Sakhi scheme received, out of which 56,825 candidates have been selected by UPSRLM

What is the UP BC (Banking Correspondent) Sakhi Yojana?

This is an employment scheme for rural women announced by the Government of Uttar Pradesh. Under this scheme, work will be done to provide banking services to every banking sakhi by going to the doorstep of the people. The main objective of the scheme is to reduce the long queues in banks due to COVID-19 disease.

Where to apply to become BC Sakhi?

After the official application online process details are released by the government, we will update the application process here. At present, in the scheme, the government has said to give this responsibility to the women of self-help groups.

How many jobs are released under BC Sakhi Scheme?

The total jobs provided in UP Banking Correspondent Scheme are 58,000.

Will women who get jobs under this scheme get salary?

According to the initial guidelines, the selected BC Sakhi under this scheme will be given a salary of 4000 per month and along with this they will also get commission by the bank on every digital transaction.

Will the government pay the cost of digital devices to withdraw money?

50,000 will also be given by the government to the Banking Correspondent for the purchase of digital devices for providing banking services to the bank account holders.

Is this BC Sakhi Yojana a permanent or contractual government job?

As per the initial guidelines, this job is not permanent. Enroll rural women to perform banking services for 6 months on salary basis. This is a contractual type of job. However, it may be possible that after 6 months, the UP government may select women for a permanent job.